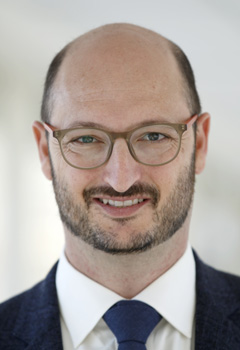 Oregon Health and Science University
Director of Clinical Trials
heitner@ohsu.edu
Stephen Heitner, MD: Dr. Heitner was born and raised in Johannesburg South Africa, where he graduated from the medical school of the University of the Witwatersrand in 1999. He continued with his post-graduate education in the United Kingdom before moving to Philadelphia in the United States, where he underwent his residency and fellowship training. Dr. Heitner is currently the director of the hypertrophic cardiomyopathy clinic at Oregon Health and Science University, the Director of Echocardiography, and has most recently been appointed the Chief of Clinical Research at the Knight Cardiovascular Institute. He is passionate about medical education, being recognized by a ACCF national teaching award, and is the Director of the Advanced Imaging Fellowship at OHSU.
Dr. Heitner’s interest in treating complex and uncommon cardiac conditions can be considered personal. His father was a prominent pediatrician in South Africa who died from complications as a result of hypertrophic cardiomyopathy. He is currently Assistant Professor of Medicine, Division of Cardiovascular Medicine at Oregon Health & Science University in Portland. Dr. Heitner is heavily invested in all aspects of hypertrophic cardiomyopathy – from the level of the genome to helping patients deal with their debilitating symptoms. He has the fortune to be associated with some of the top scientists in the world, and has helped coordinate important scientific discoveries with them.
As a Jewish immigrant from South Africa, who is fluent in Afrikaans and Spanish, Dr. Heitner has a personal background almost as varied as the skills he brings to patient care. He counts the philosophy of Nelson Mandela and the lyrics of Van Morrison as major influences.
Disclosures: Consultant for Amgen and Alnylam and has received research funding from Ionis and Prothena